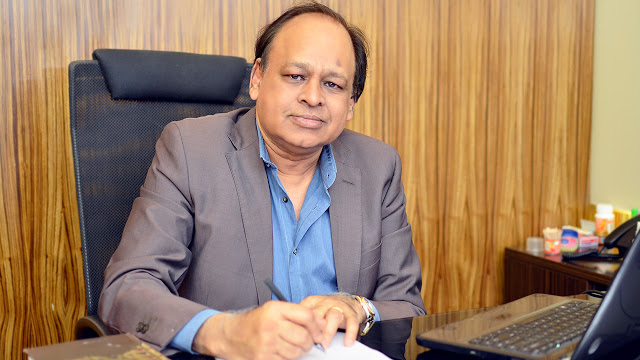 Everyone wants the Million Dollar life! Living in hilltop houses, driving super cars, and being neighbors with movie stars. Traveling first class across the world and getting VIP treatment everywhere they go is a life long dream for many. How many of us ask ourselves – who we are and what do we know? It’s easy to dream about success, but who works for success?

Even after an honest introspection, how many of us take the effort to change ourselves? How many of us work to become better speakers, networkers, marketers, develop sales skills, digital/ tech abilities, etc.

I passionately believe that if we do not learn something new on each day, we have wasted that day!

The continuous sustained effort to be a better individual and professional everyday is what makes the difference! This is applicable for every salaried employee and business owner (SME and Fortune 500 promoters).

Ask yourself this question everyday? Who are you and why do you do what you do? If the answer doesn’t excite you or make you better each day, you need to chart a new path for yourself.

So how does one do this? Its important that you get a few things right.

Everyone needs a coach. You need someone who has been there and done that! Talk to senior industry professionals – in your office or otherwise. Approach people on Linkedin or at networking events. Most people love it when you approach them for advice. You will be surprised to know how rare it is for most senior leaders to mentor people outside their organizations.

It’s important for you to identify sources to learn something new each day. The internet and YouTube are great ways to learn. Today, it’s quite easy to land on new ideas, even as you move from one room another. The world is today changing at a rapid pace and you don’t know where your next competitor can come from. Hence, it’s better to stay informed – and be the hunter, rather than being hunted!

You can never say where your inspiration for your next business idea can come from. It’s best to always stay in the company of the right people who are, like you, looking for opportunities to grow. Visiting industry events gives you an opportunity to explore new opportunities in your current industry and also in others where you could earn your next Million Dollars.

Industry events are some of the best ways to keep your finger on the pulse, you get to know all about the latest trends and updates in all related industries.

If someone tells you, they made it big without taking any risks/ without failing – they must be lying! Nobody, who is a somebody ever became big without meeting failure. You are bound to fail someday! Embrace failure. In fact, fail as many times as possible. When you are young -the cost of failing is not too high! There is no better teacher than failure.

How do you know something’s wrong without taking the wrong road? To not fail is to say that everything you do is correct! How many of us can honestly say that! It is only with your failures, do you learn to plan your time, money and resources better. It is said that people become overnight successes, after 10 years!

I have spoken at TedX talk on the topic of “Celebrating Failure”. Most people look at failure as something to look down on. However, it is something which is inevitable! The question is how do you reduce your losses to learn more, to earn more.

Here are some examples of massive failures, who inspire me even greatly. People who overcame the toughest odds to be one the most successful personalities on the planet:

Jack Ma is the richest person in China. With a net worth of $25 Billion, he is also one of the richest in the world! Do you know how many times he failed before finally achieving success? In his early childhood, Jack Ma failed in his Primary School exams not once, but twice! He failed thrice during his Middle School exams. He even applied and wrote to Harvard University ten times, and got rejected each time.

After his Bachelor’s degree he failed to get a job after spending three years to enter in the university and applying for the job 30 times. When KFC came to China 24 people applied for the job only 1 was rejected and it was him. He was also one of the 5 applicants for Police job and he was the only one rejected. But he did not give up and now he is the richest person in his own country!

This continued for everything he did in life – until he found Alibaba, and the rest they say is history!

Thomas Edison invented the light bulb. Many of you might know this but do you know how many times he failed before actually succeeding? He tried lighting the bulb 9999 times and he was not successful. On the 10,000th time he was finally successful. The filament material, which he was searching for, was elusive. He even tried a hair from a man’s beard!

Now what if he had stopped after a certain point of time. He would not have been the pioneer of the light bulb. He would been just another person. Every time he failed he took it as a lesson. He is also quoted for saying “I did not fail, I found 10000 ways that wont work”.

How does one know what won’t work if he doesn’t try!

Elon Musk is the founder of PayPal, Tesla and SpaceX. SpaceX, initially was a failure. It depends heavily on the Government for contracts. Without it, you can forget funding. But here’s a catch – without a workable model, the Government will not fund you.

They tried to launch their first rocket, but it failed to reach the orbit three times. Every failure cost them millions of dollars. In his biography, Elon Musk mentions that the company was one failure away from pushing him into bankruptcy. On their fourth attempt they succeeded!

What if Musk had decided to pull back? What if he decided the risk was not worth it? He never would have been the visionary that he is today. In an interview, he said “My mentality is that of a samurai. I would rather commit Seppuku (suicide) than fail”

We all have heard about Harry Potter. When J.K.Rowling was on a train ride from Manchester to London, she built the entire story of Harry Potter in her head in 1990.

In 1995 the copy of Harry Potter was rejected by twelve publishing houses. A small publishing house agreed to publish 1000 copies, after a lot of convincing. As of 2013, the book has sold more than 500 million copies worldwide and has been translated into 73 languages. The book was adapted into a movie series making it a franchise of a billion-dollar business.

The key highlights for every individual is to note that if you don’t venture out – you get nothing. In words of Albus Dumbledore of Harry Potter – “help is always available to those who seek it”.

Find a good mentor, keep learning and take those risks which will fulfill your dreams!

Connect with me if there is any way in which I can help you.